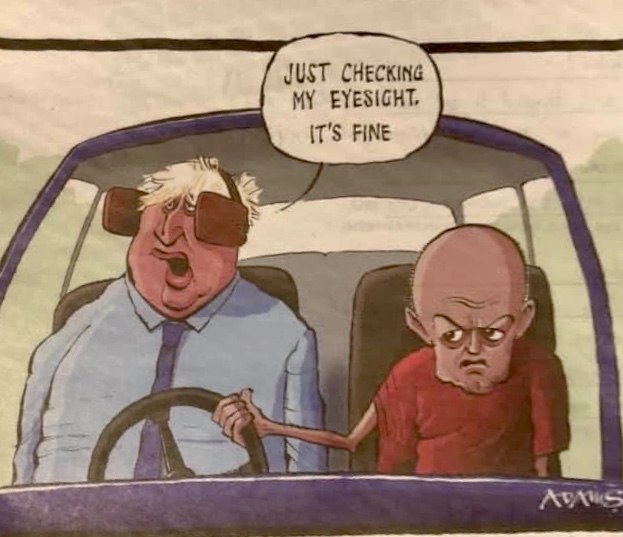 The last few days have been interesting in British politics, where the prime minister defended his chief aide against allegations he broke the rules set during national Lockdown for Covid-19.

The defence the Prime Minister first used was that the aide used his instincts to do the right thing.

When the aide subsequently held his own press conference, he gave full details of the rationale he had used, based he asserted on written guidance at the time on the official government website.

One party (the PM) states it was instinct at work, the other (the aide) explained a rational, thought-out and decisive action. Some have argued that in doing so he ignored the very lockdown instructions he helped put in place.

All this "hoo-haa" has reminded me of how the idea of acting on instinct and overlooking the basic instructional rules of due diligence can be an enticing shortcut but one that can catch you out pretty quickly afterwards.

For inexperienced  investors , Instinct is still often the driving force behind many investment decisions.

Instinct is a basic human trait - It can save us when we need to protect ourselves in an instant: our hand instinctively moves at lightning speed when we accidently touch say, a hot oven dish.

Instinct can protect us, it can also lead to irrational and ill-thought out decisions.

But what if we prefer a higher-brain thought process to a knee-jerk response?

So when we are confronted with an important decision that does not need a split-second response:

When it comes to assessing investment propositions, most of us would like to think we have followed a rational thought process, but how much has instinct (or unconscious biases) come into play?

Can we even tell?

How good it can be to have a professional independent "expert eye" offering a second opinion...

Diligent Eye - the culmination of over a decade of knowledge and research on alternative investments. Your complete resource for investment research.